The author of the book on which I'm studying explains in depth the following "standard" two-stages op-amp: 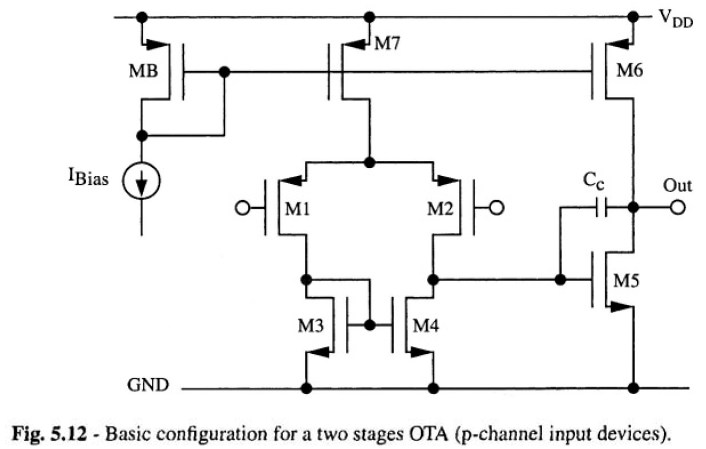 In order to deal with frequency compensation, he models each stage with a transconductance amplifier: 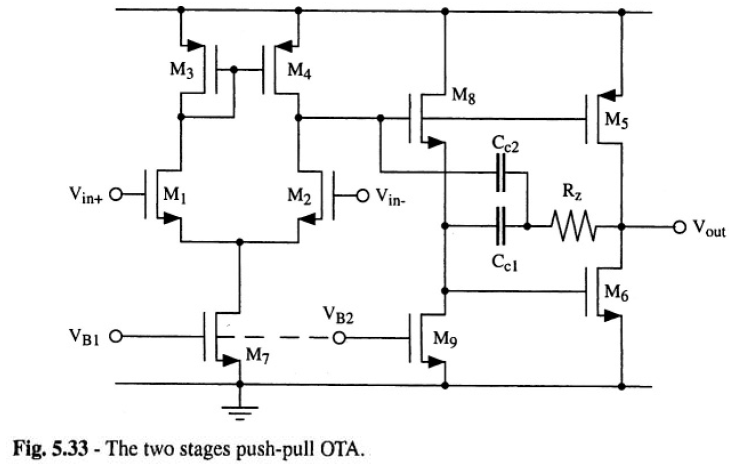 Basically it is a standard two-stages op-amp to which the source follower M8-M9 has been added in order to provide the single-ended output signal of the differential pair to the gates of both M5 and M6. The author of my book says:

It seems that the author of my book generalizes the small-signal equivalent circuit of figure 5.23 also to the class-ab two-stages op-amp, ignoring the source follower stage M8-M9 (I imagine because it has more or less a unity gain). Is my assumption right? If this is the case, then I surmise that the zero-nulling resistor Rz must be equal to 1/(gm5+gm6) which is the inverse of the transconductance of the second stage M5-M6

The author only says that, since the source follower M8-M9 has a given frequency response, then the capacitor Cc2 "attenuates" possible problems, but he does not explain two things:

Impedance of an Electret Mic

Splitting a 12 V DC power supply into +6V, GND, and -6V for a power amplifier, or how to hook up the speaker's GND?